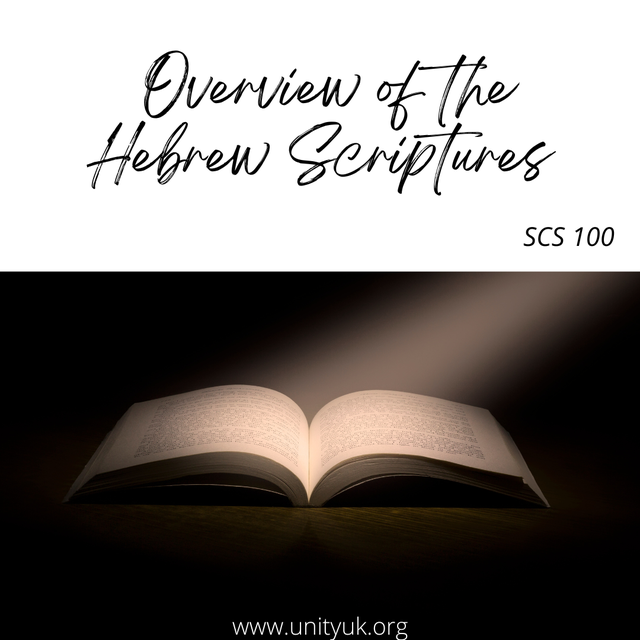 Overview of the Hebrew Scriptures SCS 100.

The Hebrew Scriptures (known as the “Old Testament” in the Christian world) are at the root of three major world religions—Judaism, Christianity and Islam. Hebrew Scriptures are a collection of fascinating and sometimes confusing stories, poetry, wisdom sayings and inspired visions. While some stories in Hebrew Scriptures are little known outside scholarly circles, others have become commonplace in conversion, e.g. “David vs. Goliath.”

This class will focus on the context of the writings, their history, how and why they came to be written and their value to Unity Truth students. Paul hopes that this will whet appetites and encourage students to look further into them in their own time.